Musician and jazz enthusiast Mirza Krupalija is not with us anymore.

He was born in Sarajevo in 1959. Before the war he used to be a drummer and band leader of the pop-rock ensemble Stela, whose debut album release was hindered by the war, in which Krupalija was also injured while defending Sarajevo.

He played in different clubs in Sarajevo after the war and performed at 1st Jazz Fest Sarajevo in 1997 as a member of Fabrizzio & His Friends. The ensemble consisted back then of more then 10 members, among them Siniša Radović, Tarik Karačić, Dino Šukalo, Ognjen Šavija, Faruk Omanović, Peter Vilk, Davorin Samek. The band changed it’s name into Kaiten soon after and became a place crossed by many musicians of different ages, with Krupalija and Šavija being the only permanent members in the past 20 years.

Two years ago Jazz Fest assigned him a permanent accolade in form of a symbolic festival “jazz veteran” pass for his yearlong and dedicated love for and knowledge about jazz, but also honoring him as a loyal and appreciated festival visitor.

He spent the last days of his life on vacation in Opatija, a city he loved and always liked to returned to throughout his whole life. He died at Koševo hospital in Sarajevo.

We are all going to miss Mirza – a well mannered gentleman, his smile and his irresistible charme. 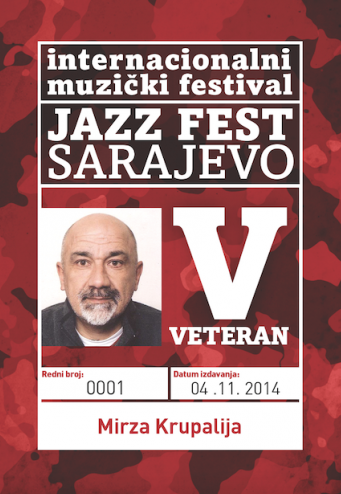